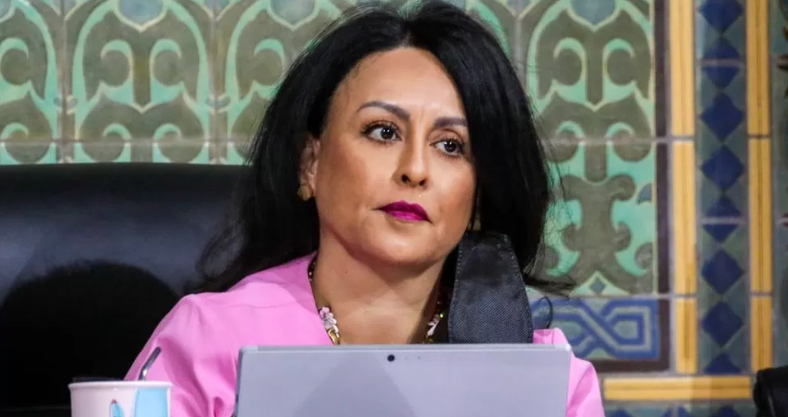 A top Los Angeles city councilwoman has resigned after she was secretly recorded making racist remarks in a meeting with two other city lawmakers.

Nury Martinez stepped aside as city council president on Monday, but had still clung on to her council seat.

President Joe Biden has led calls for her and two other Democrats to go.

The audio obtained by the Los Angeles Times and posted online is from an October 2021 meeting to discuss redrawing of voting maps.

It is unclear who recorded the discussion.

In a statement to voters from her Council District 6 on Wednesday, Mrs Martinez announced she was quitting after nine years.

The first Latina to hold the top post on the council, she wrote: “It’s hard to say goodbye, but please know that I was in this fight for you.”

Mr Herrera – who was not heard making racist remarks – resigned his post on Monday.

In the conversation, Mrs Martinez is heard using a Spanish term to liken a fellow councilmember’s adopted black son to an animal. 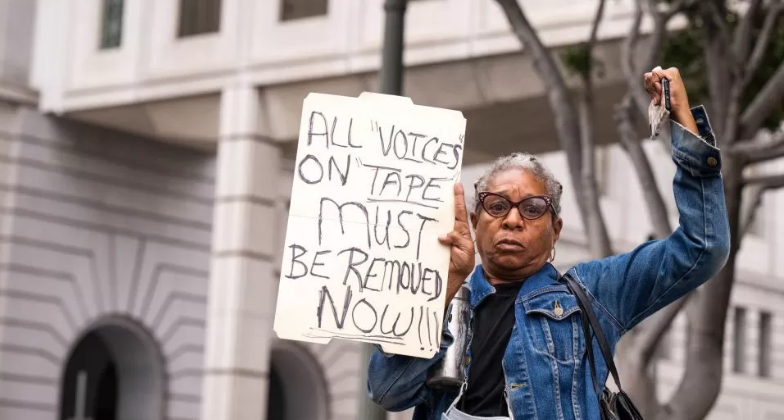 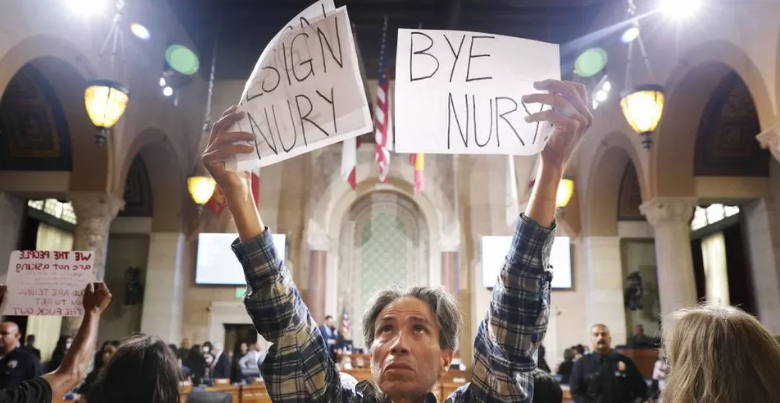 She also complains that the child, who was two years old at the time, had misbehaved during an event.

“They’re raising him like a little white kid,” she said. “I was like, ‘This kid needs a beatdown. Let me take him around the corner and then I’ll bring him back.”‘

The three councilmembers also discussed with the union leader how to entrench Latino political strength in council districts.

In her statement on Monday announcing that she was leaving the post of council president and taking a leave of absence, she apologised to her colleague, adding: “As a mother, I know better and I am sorry. I am truly ashamed.”

California Governor Gavin Newsom welcomed her resignation from her council seat on Wednesday.

Los Angeles Mayor Eric Garcetti said she had made “the right decision, one that I realise is painful to her personally but unquestionably in the best interests of a city that I know she loves”.

The mayor called on Councilmembers Cedillo and De León to quit, too.

At a council meeting on Tuesday, angry protesters demanded the trio step aside.

The Armenian National Committee of America Western Region released a statement saying the words by the elected lawmakers “not only betray their mission to serve all people, regardless of their identity, but explicitly demonstrate that they hold no regard for the diverse communities of Los Angeles”.

On Wednesday, the California attorney general announced that he would investigate the redistricting process.

Unlike in the state legislature, which employs an independent panel for redistricting, Los Angeles city councilmembers are responsible for the process.