Kale vs. carrot: Can fetuses tell the difference in the womb? 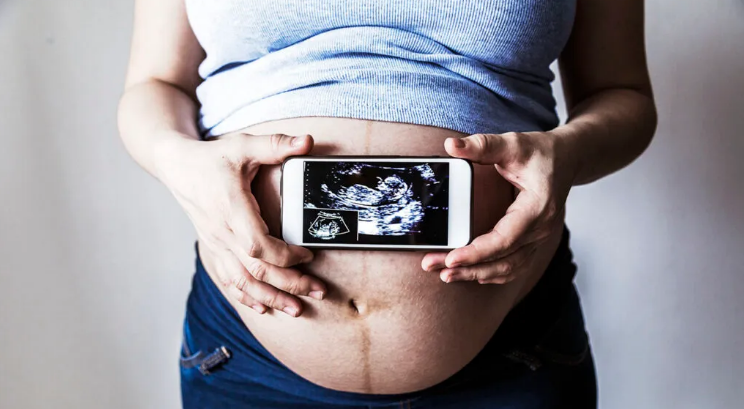 A recent study published in the journal Psychological Scienceused ultrasonography to show that fetuses produce specific facial expressions in response to the flavor of food consumed by the mother.

Unlike previous evidence from studies based on the behavior of newborns and infants, this is the first study to provide direct evidence that fetuses can detect and distinguish different flavors present in the mother’s diet.

“Looking at fetuses’ facial reactions, we can assume that a range of chemical stimuli pass through maternal diet into the fetal environment. This could have important implications for our understanding of the development of our taste and smell receptors, and related perception and memory.”

In humans, fetuses develop a sense of smell and taste early during pregnancy. The fetus develops taste buds by the 8th week of pregnancy and can react to taste by 14 weeks. Similarly, a fetus is able to sense odors from around 24 weeks of pregnancy.

Previous studies have shown that the mother’s diet during pregnancy can influence the response of newborns and infants to odors or tastes. For instance, newborns are less likely to show a negative response to the odor of garlic if their mothers consumed meals containing garlic at least 4 times a week during the final month of pregnancy.

Similarly, 5–6-month-old infants whose mothers consumed carrots during the last trimester of pregnancy tend to show fewer negative facial expressions to the flavor of carrots than their unexposed peers.

These data suggest that fetuses are able to detect flavors and form memories of these flavors prior to birth.

In addition, in utero data collected from animal studies show that the fetus is able to respond to taste or odor stimuli before birth. However, there is a lack of data providing direct evidence for the ability of human fetuses to respond to flavors.

Researchers, led by scientists at Durham University, recently examined the response of human fetuses to different flavors by assessing changes in facial expressions. Scientists have shown that fetuses began to show facial expressionsTrusted Source in the second and third trimesters of pregnancy.

A facial expression is composed of a combination of multiple co-occurring facial movements, each characterized by the movement of specific muscles. These facial expressions include those that resemble crying and laughter in newborns and infants and become more complex over the course of the pregnancy.

The facial expressions of a fetus can be detected using 4D ultrasonographyTrusted Source, which can capture live video of the movements of the fetus in the womb in three dimensions.

In the present study, the researchers used 4D ultrasonography to examine changes in the facial expressions of fetuses in response to different food flavors at 32 and 36 weeks of pregnancy. Specifically, the researchers examined the facial reactions of the fetus to either the sweeter flavor profile of carrots or the bitter flavor of kale.

The researchers used carrots and kale in the experiment due to the differing facial responses of newborns to sweetness and bitterness.

The study involved 97 pregnant people ages 18–40 years, and their fetuses, who underwent ultrasonography at 32 and 36 weeks. The researchers asked the participants to swallow a capsule containing 400mg of either carrot or kale powder about 20 minutes before the scan.

The authors used capsules in the experiment to restrict the absorption or degradation of the flavors before reaching the mother’s circulation and, subsequently, the amniotic fluid. The researchers also asked the mothers to avoid consuming kale or carrot on the day of the scan.

The control group involved archived imaging data from 4D ultrasounds from an additional 30 pregnant people who were not administered a capsule before the scans and were used as a control group.

The dietary habits of the mother can influence the response of the fetus to the food flavor used in the experiment. Hence, the researchers used a questionnaire to assess the frequency of intake of carrots, kale, and other bitter and non-bitter vegetables in the week before the scans.

The researchers found that there was a lack of difference in vegetable consumption in mothers from the kale and carrot group.

Moreover, the fetuses in the kale and carrot groups also showed a higher frequency of specific individual facial movements that were associated with the cry-face and laughter-face expressions, respectively.

These results show that fetuses are able to perceive different food flavors before birth. In subsequent studies, the researchers intend to examine whether exposure to less pleasing foods before birth can reduce the negative response to these foods after birth.

These results support findings from previous studies showing that facial expressions gradually develop and become more complex as the fetus grows. In this study, it was demonstrated that lip pucker appeared at 36 weeks, but not before.

Together, these findings could facilitate a better understanding of the development of the senses of smell and taste and the memory of these sensory experiences.

One of the limitations of the study was that the authors used archived data for the control group due to limited resources. In contrast to the experimental groups, the authors did not possess data on the frequency of vegetable consumption by the mothers in the control group.

“My primary criticism is that the present study did not randomize the pregnant mothers into experimental or control groups. The impact of the experimental manipulation should be measured by comparing differences in outcomes relative to the control group. This random allocation is important because, if randomized, there will be a balancing of baseline systematic differences between the groups with regard to known and unknown factors that may affect the outcome.”

“Case in point, an important variable that needs to be controlled for when studying the fetal response to a flavor is their prior exposure. While the authors report on the dietary intake of the pregnant mothers for the two experimental groups, they do not provide such information for the control group and thus, we do not know their prior dietary intake,” she continued.

“This also implies that procedures reported such as ‘participants had abstained from consuming any food and/or drink involving carrot and kale on the day of the scan’ does not apply to the control group, which weakens the conclusions that can be made,” added Dr. Mennella.

The authors also noted that they were unable to control for the impact of variation in the perception of flavors due to genetic differences.