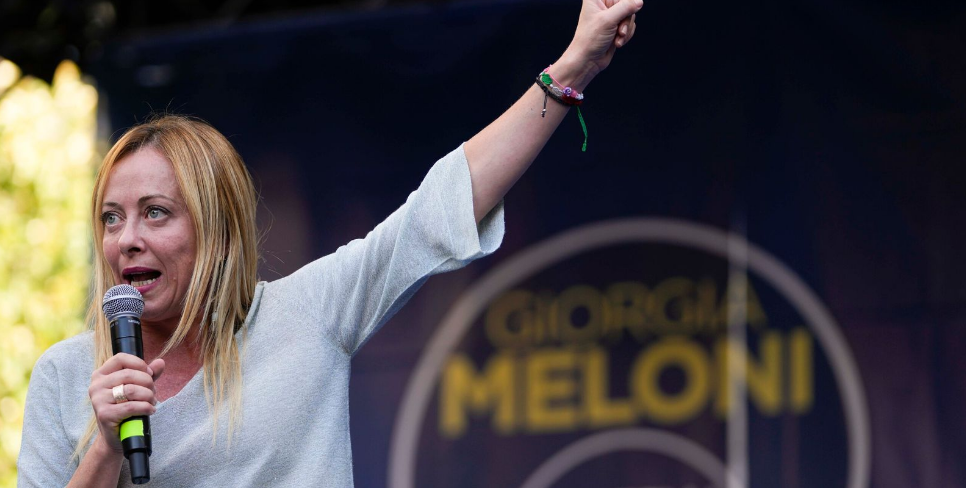 If she becomes prime minister, Ms Meloni would be Italy’s first female premier and the first far-right politician to become head of government in a major eurozone economy.

The Democratic Party said it would be Italy’s main opposition force after projections based on votes counted from nearly two-thirds of the polling stations in Sunday’s balloting indicated Ms Meloni’s Brothers of Italy party would win some 25.7% of the vote.

That compared to some 19.3% by the centre-left Democratic Party of former premier Enrico Letta.

Ms Meloni said Italian voters had given a clear mandate to the right to form the next government.

“If we are called upon to govern this nation, we will do so for all Italians, with the aim of uniting the people, of exalting what unites them rather than what divides them,” Ms Meloni said. “We will not betray your trust.”

Sunday’s election could see the country’s politics leap sharply to the right as European nations struggle with soaring energy prices and the war in Ukraine continues.

If she becomes prime minister, Ms Meloni would be Italy’s first female premier and the first far-right politician to become head of government in a major eurozone economy.

Ms Meloni’s party, which has neo-fascist roots, would need to form a coalition with her main allies – anti-migrant League leader Matteo Salvini and conservative former premier Silvio Berlusconi in order to command a solid majority in the country’s parliament.

“Centre-right clearly ahead both in the lower house and the Senate! It’ll be a long night but even now I want to say thanks,” Mr Salvini tweeted.

It may be some time until it is known officially who the next prime minister will be, as the process to form a coalition is expected to last until at least mid-October.