Is my pension at risk? Your guide to the market mayhem facing funds 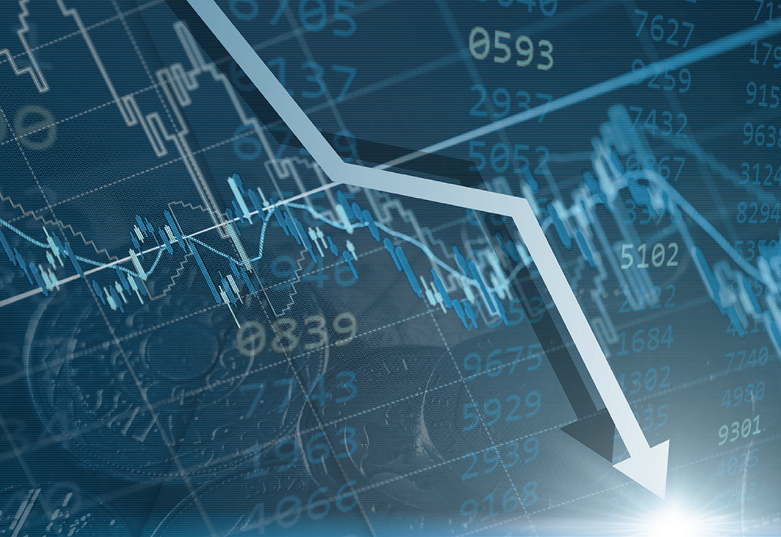 The economic credibility of the government has come under siege on financial markets since last month’s tax-cutting mini-budget.

While the value of the pound hit a new record low against the dollar of $1.03 in the days following the chancellor’s statement to MPs, which contained no details on how it would all be paid for, there have been movements in a more complicated area of the markets we are not so accustomed to talking about.

It is a reflection of flagging confidence in the UK’s public finances.

What happened after the mini-budget?

The gilt market (more on that in a second) took fright at all the extra borrowing that Kwasi Kwarteng was looking at taking on.

So investors sold gilts. Gilt yields (bond yields move in the opposite direction to the price) rose sharply – and with them an increase in the government’s implied borrowing costs.

Gilts – it’s short for gilt-edged securities – are bonds, or IOUs, issued by the UK government.

The government sells the bonds to investors and pays them a coupon – an interest payment – regularly during the lifetime of that bond. Then, when the bond matures, the investor is repaid the original sum they loaned to the government.

Why do pension funds hold gilts?

Gilts are exceptionally low-risk investments, in theory, because the UK government represents an excellent credit risk and has never defaulted on its desk.

They provide a predictable stream of income. And, most crucially, if you are a defined benefit (or, as some people call the, ‘final salary’) pension fund, long-dated gilts – those with a maturity of 20 or 30 years – represent certainty to you if you are trying to match your assets (the savings of pension scheme members) with your liabilities (the income that has been promised to those members on their retirement).

So why the pension panic?

A lot of defined benefit pension schemes use an investment strategy called Liability Driven Investment (LDI) which enables them better to match their assets with their liabilities using derivatives contracts.

The counterparty on the other side of that trade (usually banks) require the pension funds to post collateral.

When gilt yields rose, the banks asked the pension funds to put up more collateral. This resulted in some forced selling of long-dated gilts by pension funds.

Are pension funds at risk?

The key point to make here is that some pension funds are facing a crisis of liquidity – in other words they are facing a short term squeeze requiring them to raise cash – but not a solvency crisis.

Which pension funds are we talking about here?

We’re talking about defined benefit (sometimes called ‘final salary’) schemes – where the retiree is promised a guaranteed pension by their employer which is based on their years of service and their earnings during their career or at the time of their retirement. In such schemes the employer takes the risk of there not being enough assets to meet future pension payments.

What did the Bank of England do?

The Bank of England announced on 28 September and said it would buy 20 and 30 year gilts. This was chiefly to reassure pension funds that, if they needed to sell gilts, there would be a buyer out there.

The measure was also aimed at bringing down gilt yields – the increase in which had caused the wave of forced selling at fire sale prices. The Bank said it would spend up to £5bn per day – a maximum of £65bn by the scheduled end of the gilt-buying programme on Friday 14 October.

What has the pensions industry been asked to do by the Bank?

Andrew Bailey, the Bank’s governor, said on Tuesday night that they had “three days left” in which to complete their gilt sales. The Bank added this morning that this had been made “absolutely clear” to the banks sitting on the other side of the LDI contracts with pension funds.

What could happen on Friday when the scheme ends?

Why does the industry want the deadline to be extended until after the full Budget and OBR forecasts?

The expectation is that Kwasi Kwarteng’s statement on 31 October and the OBR’s independent assessment of his plans the same day should restore some order to gilt markets.

This, of course, assumes Mr Kwarteng will be able to prove to the market he can fund the £43bn worth of tax cuts he unveiled last month – either by cutting public spending, or by raising other taxes, or by his tax cuts paying for themselves by stimulating more economic activity (and with it higher tax revenues).

Whose fault is it – the government, the regulator or the industry?

That rather depends on your point of view.

Some people think the pensions industry should not be engaging in LDI strategies because they have the potential to create a ‘doom loop’ in which pension funds sell gilts, sending the price lower, forcing them to sell more.

But there is a case for the defence – LDI strategies have, for more than two decades, successfully helped defined benefit schemes meet the promises made to retirees.

It’s also worth remembering that the sell-off in gilts was also prompted by an utterly unprecedented spike in yields. And what prompted that? Mr Kwarteng’s mini-budget.