Iran protests: Reports of students trapped amid clashes in Tehran 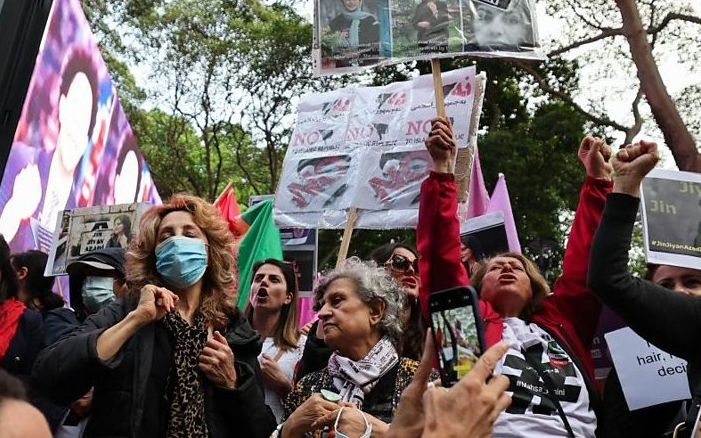 Iranian police clashed with students at one of the country’s most prestigious universities on Sunday, according to social and state media reports.

Reports say a large number of students at Sharif university in Tehran have been trapped in the campus car park.

Anti-government protests erupted in Iran in September after the death of a woman detained by the morality police.

Officers reportedly beat Ms Amini’s head with a baton and banged her head against one of their vehicles. The police have said there is no evidence of any mistreatment and that she suffered “sudden heart failure”.

Protests started at her funeral and have spread across the country to become the worst unrest seen in the country for years.

One video posted on social media shows students running from security forces on Sharif university’s campus. Sounds resembling gunshots can be heard from a distance.

In another, security forces on motorbikes appear to shoot at a car holding the passenger filming the video.

Iran International cites reports which say security forces attacked student dormitories and fired guns at their dorms. Other reports mention the use of tear gas on protesters.

Sunday was the first day of term for many students attending Sharif university for the first time. Reports say crowds had gathered outside the campus’s main gate late in the evening after hearing about the clashes.

The BBC is unable to verify the events at the university.

The last two nights have seen an escalation in anti-government protests in Tehran and many other cities across the country, despite a growing death toll.

Iran Human Rights, an NGO based in Norway, says 133 people have been killed across Iran to date.

Authorities have promised to come down hard on the protesters, who they say have been put up to it by Iran’s external enemies.