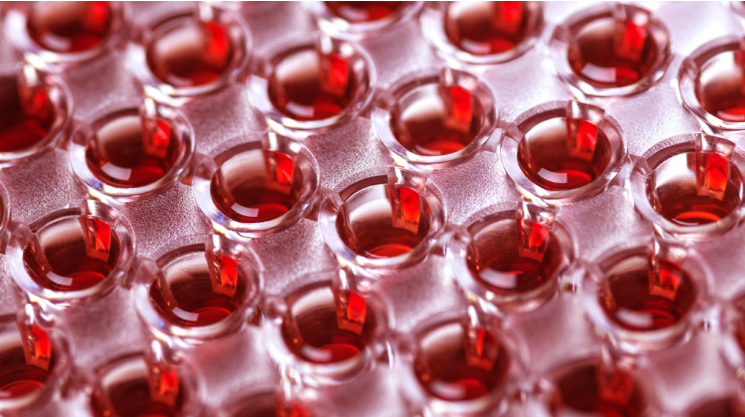 Researchers have designed a blood test for cancer that looks at the methylation of cell-free DNA.
A large-scale trial is ongoing to determine how the Gallieri test, as it is known, influences the time to cancer diagnosis.
Some results from the trial were recently presented at a conference.
They show a high rate of false positives but a low rate of false negatives.

The earlier cancer is detected, the more treatable it is, and the longer people are expected to survive.

National screening programs have been developed to improve cancer detection before symptoms appear, but they are not available for all cancers.

There is also some controversy over whether or not the screening programs pick up enough cancer cases for them to be worthwhile and whether they pick up too many false positive results in healthy people.

Cells become cancerous when genetic mutations occur and change the expression of genes related to DNA repair, cell division, or death, and cause them to grow uncontrollably, leading to a tumorTrusted Source.

DNA in all human cells contains molecules called methyl groups, which affect how the DNA is transcribed and translated. In cancer cells, these are often different and contribute to the change in the gene expression of the cell.

Researchers also discovered in 1948 that all human cells — both cancerous and healthy ones — shed what’s called cell-free DNA into the bloodstream.

Blood tests using cell-free DNA are already used in noninvasive prenatal testing to determine whether a fetus is male or female, its blood type, or even if it has a genetic or chromosomal condition.

The use of these tests by pregnant people flagged the potential use of cell-free DNA blood tests to detect cancer when some abnormalities that turned out to be cancer in the mother were detected.

Development of the Gallieri test

The quest started to develop a blood test that could be used for cancer screening for more types of cancer using cell-free DNA.

After several years of developing the Gallieri test by the company GRAIL, in 2019, the Food and Drug Administration (FDA) received a Breakthrough Device designation for the test that looked at the methylation of cell-free DNA in the blood.

The following year the company announced plans to start its PATHFINDER trial in February 2020 to evaluate the impact the test had on time to diagnosis in people with cancer, alongside the National Health Service (NHS) in the United Kingdom.

The trial now has over 140,000 people enrolled, and the company expects to complete the trial in 2026, with interim results expected in 2024.

This week the company unveiled some results from 6,662 individuals in the PATHFINDER study at the European Society for Medical Oncology (ESMO) Congress 2022 in Paris, France.

As part of the development of the Galleri test, the methylation on cell-free DNA found in blood samples has been analyzed using machine learning to detect patterns associated with cancer and even which organ or tissue cancer comes from.

The test works by sequencing methylation at every single DNA base on the entire genome. The data found is then analyzed using algorithms produced by machine learning to determine if cancerous DNA is present and where it comes from.

The PATHFINDER trial has been designed to evaluate if the Gallieri test speeds up cancer diagnosis. In the sample of 6,662 people over 50s, blood tests found cancers in 92 participants and eventually confirmed 11 types of cancer in 35 participants.

Nearly half — 48% of the cancers — were at an early stage, either stage I or II, when they were discovered. Approximately 71% were cancers that do not currently have screening programs available, including liver, small intestine, uterus, pancreatic, bone, head, and neck cancers.

Most of the participants who had cancer detected using the test underwent imaging procedures, such as scans or MRIs, to confirm their cancer diagnosis. Those with true cancer diagnoses also underwent more invasive procedures such as biopsies to confirm their cancer, along with 30% of participants who had false positive results.

Few cancers were not detected by the test, with a false negative rate of less than 1%. This means the Galleri test detected 99.5% of cancers.

Pros and cons of the test

In a press release, Dr. Jeffrey Venstrom, chief medical officer at GRAIL, said that “[w]hile PATHFINDER was not designed to determine sensitivity or the number of cancer types detected by Galleri, 11 different cancer types were detected in this study that [has] no standard screening today, and the false positive rate was less than 1%.”

“In the much larger CCGA case-control study, the Galleri test detected over 50 types of cancer,” Dr. Venstrom noted.

Medical News Today also spoke with Prof. Paul Pharoah of the Centre for Cancer Genetic Epidemiology at Cambridge University, U.K. The cancer epidemiology professor said that the results published so far demonstrated the need for a randomized trial that measured overall mortality for the Gallieri test to determine if people live longer after the cancer is picked up via this test.

“In this observational study they had 92 individuals with abnormal tests. Of these, only 35 turned out to have cancer, with one individual having two cancers (36 cancers in 35 people). That means a lot of people being investigated for something they did not have.”

“Of the 36 cancers, 17 were blood malignancies. This is a very high proportion — much less than 45% of all the cancers this test is said to diagnose are hematological — and suggests substantial overdiagnosis of blood malignancy,” Prof. Pharoah pointed out.

“That is not necessarily a bad thing but depends on how the malignancy is managed. And there was the possibility blood cancers were being overdiagnosed with this test,” he cautioned.