Immune reaction to a gut bug may trigger rheumatoid arthritis 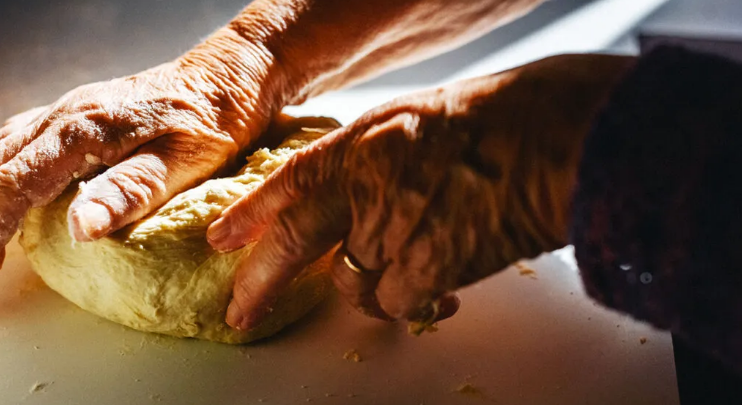 A study has found high levels of antibodies against a protein from a gut bacterium in people at risk of rheumatoid arthritis and those who already have the disease.
Previous research has implicated high levels of the gut bacterium, called Prevotella copri, in rheumatoid arthritis.
P. copri helps to digest dietary fiber in the gut and is associated with several health benefits, but researchers have also linked it to gut inflammation.
The authors of the new study speculate that Prevotella species may escape the gut and enter the bloodstream, where they provoke an immune response.

Rheumatoid arthritis is an autoimmune condition in which the immune system attacks the tissues of the joints, especially in the knees, hands, and wrists. This causes inflammation and painful swelling.

The Rheumatoid Arthritis Support Network estimates that the disease affects more than 1.3 million people in the United States and up to 1% of the world’s population.

According to the Centers for Disease Control and PreventionTrusted Source (CDC), people with rheumatoid arthritis often experience mild symptoms for the first time in their 60s, which then gradually worsen over time.

However, antibodies that target the body’s own tissues may circulate in the blood for several years before the onset of rheumatoid arthritis.

One particular bacterium that features repeatedly in investigations of rheumatoid arthritis is Prevotella copri.

In 2013, a study found that three-quarters of people with recently diagnosed, untreated rheumatoid arthritis had P. copri in their intestines, compared with only a fifth of healthy controls.

Another study, published in 2019, found larger amounts of Prevotella species in the guts of people at risk of rheumatoid arthritis before they developed the disease, compared with controls.

Bacterium with a mixed reputation

P. copri has a mixed reputationTrusted Source. It is a friendly or commensal gut bacterium that helps to digest dietary fiber and is associated with health benefits such as reduced visceral fat and improved glucose metabolism.

But researchers have also linked it to insulin resistance, high blood pressure, and chronic gut inflammation.

Now, researchers at the University of Colorado Denver in Aurora, CO, have added evidence that P. copri helps to cause rheumatoid arthritis, and affects how the disease develops.

The scientists found antibodies to a protein from P. copri in the bloodstream of both people with rheumatoid arthritis and people at risk of the disease.

“Our hope is that these findings can help to further elucidate the complex [causative role] of bacterial commensals in people who are at risk of developing [rheumatoid arthritis] and in those with [rheumatoid arthritis] so that targeted therapies can be developed with the goals of providing better treatment and ultimately, prevention of the disease,” says corresponding author Jennifer A. Seifert.

Medical News Today asked Seifert whether it may be possible to prevent or treat rheumatoid arthritis by correcting gut dysbiosis, for example through a probiotic or fecal transplant.

“It is difficult for us to make a definitive connection between regulation of gut dysbiosis and prevention of disease this early on in our research, but it is something that we are invested in exploring further with regard to both potential viral and bacterial disease drivers,” she said.

The role of escaped bacteria

They speculate that some species of Prevotella, especially P. copri, may bind to the mucous lining of the gut and escape into the bloodstream, where they provoke an immune response.

The bacteria may also invade the joints and contribute to immune reactions there.

They looked for antibodies that specifically target one of the bacterium’s protein, called p27, which is known to provoke immune responses.

Compared with the controls, people with rheumatoid arthritis had higher levels of two types of antibody, known as IgA and IgG, that targeted the protein.

People who were at risk of developing rheumatoid arthritis and those in whom the disease had been diagnosed for less than a year had overall higher levels of IgG against the protein.

By contrast, patients with established rheumatoid arthritis had significantly increased levels of IgA targeted at the protein.

The researchers conclude that the bacterium may help to provoke the early onset of rheumatoid arthritis, then later plays a role in causing inflammation in the joints.

They point out that the gut microbiota plays a vital role in the regulation of inflammation and may cause autoimmune disease when out of kilter.

“We would like to further explore in a larger cohort the associations [between RA and p27] stratified by disease stage and autoantibody status and comparing that to other bacteria and viruses we are studying.”

She added that they have also begun investigating the immune effects of P. copri and other strains of interest through analyses of gut microbiota samples.

Poor diet and stress are known to worsen the symptoms of rheumatoid arthritis.

“I personally think a diet rich in vegetables, fruits, fiber and unsaturated fat — nuts, for example — is the most potent diet to reduce inflammatory cascades,” said Dr. Brett Smith, a rheumatologist with Tennessee Direct Rheumatology and East Tennessee Children’s Hospital, both in Knoxville, who was not involved in the research.

“Maintaining a healthy body weight, routinely engaging in moderate-intensity exercise, and not smoking all have the potential to impact gut dysbiosis and lessen the risk of [rheumatoid arthritis],” he added.

A small study, published in 2020, found that people with rheumatoid arthritis who adhered most closely to a Mediterranean dietTrusted Source had less inflammation and less severe disease.

The same people had a healthier gut microbiota, with “an almost complete absence” of P. copri.

Another studyTrusted Source suggests that probiotics could slow the progress of rheumatoid arthritis without the side effects associated with immunosuppressant treatments.

In a mouse model of rheumatoid arthritis, Prevotella histicola reduced the incidence and severity of the disease.

“I am sure there are many laboratories pursuing various options for modulating gut bacteria for therapeutics,” said Dr. Veena Taneja, at the Mayo Clinic College of Medicine in Rochester, MN.

“We are investigating various aspects of P. histicola,” she told MNT.

Limitations of the study

The authors of the new study acknowledge that it had some limitations.

They note that they only measured reactivity to a single P. copri protein, p27, which may have limited their ability to assess immune responses to the bacterium.

This particular protein may be clinically important for only a subset of patients with rheumatoid arthritis.

In addition, they write that P. copri is only one of several organisms that may affect the immune system in this disease.