‘I want to be honest, this is difficult’: Liz Truss confirms U-turn after sacking chancellor Kwasi Kwarteng 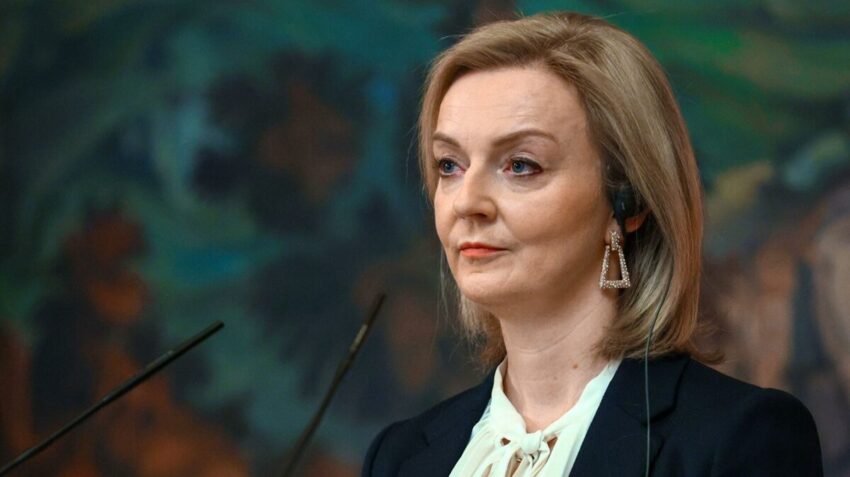 Liz Truss has said “I want to be honest, this is difficult” after sacking her chancellor and reversing key policies of her government’s growth plan.

In a news conference shortly after dismissing Kwasi Kwarteng, Ms Truss said: “The way we deliver our mission has to change.”

Ms Truss said she was “incredibly sorry” to lose her good friend Mr Kwarteng, and confirmed that she had appointed Jeremy Hunt in his place.

She said Mr Hunt would deliver the medium-term fiscal plan at the end of the month.

Ms Truss also confirmed the government would raise corporation tax next April to 25% from 19%, despite pledging not to do so in the mini-budget.

In a very brief news conference, in which she took very few questions,

She said Mr Hunt is “one of the most experienced and widely respected government ministers and parliamentarians, and he shares my convictions and ambitions for our country”.

But she refused to take responsibility for any of the economic turmoil the mini-budget caused, saying: “It is clear that parts of our mini-budget went further and faster than markets were expecting, so the way we are delivering our mission now has to change.”

Determined to remain as prime minister, she said she “acted decisively” and in the national interest.

“I am determined to see through what I’ve promised – deliver higher growth, a more prosperous United Kingdom,” she insisted.

“I have to act in the national interest as prime minister.”

And asked if she would apologise after former Tory chancellor Philip Hammond said she had trashed the party’s winning reputation for economic competence, she refused.

“Well, I am determined to deliver on what I set out when I campaigned to be party leader,” she said.

“We need to have a high growth economy, but we have to recognise that we are facing very difficult issues as a country.”

The PM sacked Mr Kwarteng this afternoon, shortly after he landed in London after leaving International Monetary Fund meetings in Washington DC early.

He was sacked three weeks after unveiling £45bn of unfunded tax cuts in the mini-budget, which pushed the pound to a record low against the dollar, sent the cost of government borrowing and mortgage rates up and led to an unprecedented intervention by the Bank of England.

The economic turmoil forced the government into two U-turns of major policies in the mini-budget: abolishing the 45p rate of income tax for higher earners and axing the planned rise in corporation tax from 19% to 25% next April.

Previous newsParkland school shooting: Why the gunman was spared the death penalty
Next news Common norovirus infection may be a trigger for Crohn’s disease