How phthalates accelerate the growth of uterine fibroids 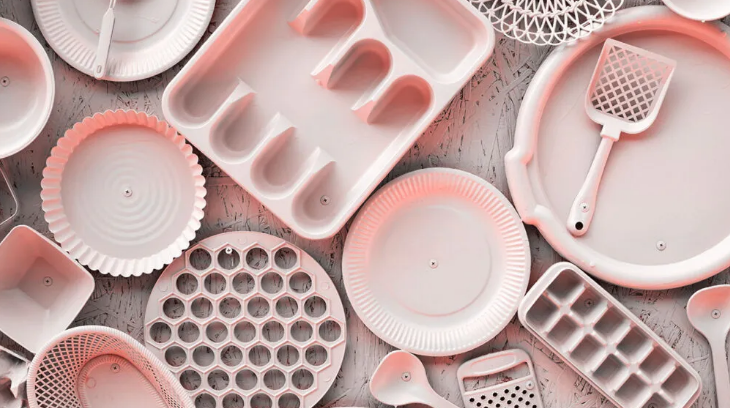 Fibroids, or uterine leiomyomas, affect up to 80% of women, and can cause heavy and painful periods for many of them.
Although the exact cause is not known, age, obesity, genetics, and race may influence the likelihood of developing fibroids.
The environmental chemicals phthalates have long been suspected of increasing fibroid risk.
Now, a study has discovered how phthalates stimulate the growth of fibroids.
Drugs that target the chemical pathway may be an area for research into preventing and treating fibroids.

Fibroids are benign tumors that grow in the uterus. Estimates suggest they can affect up to 80%Trusted Source of women throughout their lives.

Many women have uterine fibroids — also known as uterine leiomyomas — without knowing, as they are often asymptomatic, meaning they do not generate any symptoms.

However, in around 25% of women with fibroids, they cause a variety of symptoms, such as heavy menstrual bleeding — which may lead to anemia — as well as fatigue, fertility problems, and painful periods. In some, these symptoms can be severe.

Fibroids sometimes occur singly, or a woman may have multiple fibroids in her uterus. If symptoms become troublesome, they can be treated with medication or surgery. For large fibroids, or fibroids that result in severe symptoms, a hysterectomy — the surgical removal of the uterus — may be necessary.

The cause of fibroids is not clear, but certain risk factorsTrusted Source are known. These include:

Research has suggestedTrusted Source that environmental chemicals, such as phthalates and parabens, may increase fibroid risk. Now, a study from Northwestern University, published in PNAS, has demonstrated a causal link between phthalates and the growth of uterine fibroids.

PhthalatesTrusted Source are chemicals, sometimes known as plasticizers, that are used to make plastics more hardwearing. They are used in hundreds of products, including plastic packaging and personal care products, such as shampoos, soaps, and hair sprays.

People are exposed to phthalates all the time, by eating and drinking foods from packaging that contains phthalates, and from breathing in phthalate particles from the air.

They are known to be endocrine disruptersTrusted Source and are harmful to human health. There are some restrictions on phthalate use in the United Kingdom, and in the United States, the Food and Drug Administration (FDA) has restrictedTrusted Source some uses of some phthalates. However, their use has not been banned.

“Banning of these substances is very patchy across the world. We should take these compounds more seriously. People should stay away from foods and cosmetic products that contain lots of plastic.”

In this new study, the researchers investigated whether phthalates, particularly di-(2-ethylhexyl) phthalate (DEHP), increased the growth of uterine fibroids. The larger a fibroid grows, the more likely it is to cause symptoms.

Dr. G. Thomas Ruiz, obstetrics and gynecology lead at MemorialCare Orange Coast Medical Center in Fountain Valley, CA, not involved in this study, commented that the researchers have “been able to demonstrate the presence of a chemical compound in the environment, as well as its breakdown product in urine to show a correlation between increased levels of the breakdown product in the urine and increased risk of leiomyomas.”

People metabolize DEHP into mono (2-ethyl-5-hydroxyhexyl) phthalate (MEHHP). MEHHP is then excreted in urine. For their in vitro study, the researchers used concentrations of MEHHP equivalent to those found in urine.

The researchers took uterine cells taken from women undergoing hysterectomy or myomectomyTrusted Source, a surgical procedure through which doctors remove the fibroids while keeping the uterus intact.

Dr. Bulun told MNT: “All the women had uterine fibroids, but hysterectomy specimens contain normal myometrium and fibroid tumor cells. We used cells from both tissues. We also made a comparison between tumors that had a mutation in a gene called MED12 and others that did not.”

Of these, MEHHP was found to have the greatest effect on the cells. MEHHP at various doses significantly increased the viability of the cells, and decreased cell apoptosisTrusted Source (programmed cell death). The researchers found that the effect of MEHHP was greater in cells from uterine fibroids than in normal myometrial cells.

The effects were most pronounced in cells that had the MED12 mutation, which is found in 70%Trusted Source of uterine fibroids.

“If there is a tumor, phthalates make the tumor bigger.”

“The authors have proposed a mechanism by which the chemical in certain plastic products can be absorbed into the woman’s system, and actually interact with a regulatory substance within the body, which promotes the growth of uterine fibroids,” Dr. Ruiz told us.

MEHHP stimulated tryptophanTrusted Source uptake by the cells. This led to increased kynurenineTrusted Source production, which in turn increased the activity of aryl hydrocarbon receptorTrusted Source (AHR) — a ligand-activated transcription factor that is involved in cell proliferation.

AHR, in turn, increased the survival of the leiomyoma, or uterine fibroid, cells.

Dr. Bulun told MNT: “We showed exactly what it [DEHP] does to the cells. When kynurenine increases in the cell, it binds to AHR. AHR does all these nasty things that make cells grow and fail to die, creating the tumor.“

The authors identified MEHHP as a critical risk factor for the growth of uterine fibroid cells.

However, they stress that their in vitro study cannot mimic people’s exposure to the complex mixture of endocrine disrupters in daily life.

And they state that the interaction between phthalates, steroid hormones, and the AHR pathway in the growth of uterine fibroids is an important area for further research.

They hope that their findings may lead to new strategies to prevent and treat these uterine tumors that cause troubling symptoms for so many women.

“We are thinking about developing drugs to target this pathway. But drug development is a tedious and slow process,” cautioned Dr. Bulun.

Previous newsEarth is still ‘on the brink of climate catastrophe’ after the COP27 deal – and the biggest economies must pledge to cut more CO2 emissions, expert warns
Next news Epigenetics: Are we in a new era of cancer research?