Earth is still ‘on the brink of climate catastrophe’ after the COP27 deal – and the biggest economies must pledge to cut more CO2 emissions, expert warns 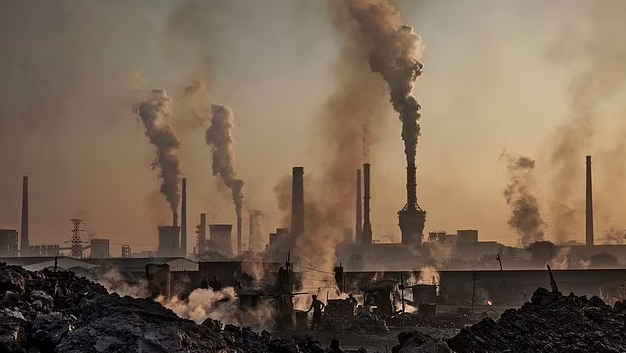 A ‘loss and damage’ fund was agreed by the richer nations at COP27 on Sunday
This will give financial aid to poorer countries more vulnerable to climate change
However, some attendees were ‘disappointed’ by other ‘weakened’ pledges
This includes those on phasing out fossil fuels and greenhouse gas emissions

The planet remains ‘on the brink of climate catastrophe’ after a deal was struck at the end of the COP27 summit yesterday, according to climate experts.

Rich governments that attended the gathering sealed a pact to provide poorer countries with financial assistance, known as a ‘loss and damage’ mechanism.

This will see countries paying billions to vulnerable states hit by extreme weather and rising sea levels as a result of climate change.

However, many attendees have warned that the result of the conference is not ambitious enough on cutting emissions.

‘The historic outcome on loss and damage at COP27 shows international cooperation is possible,’ said Mary Robinson, former president of Ireland and Chair of The Elders.

‘Equally, the renewed commitment on the 1.5°C global warming limit was a source of relief.

‘However, none of this changes the fact that the world remains on the brink of climate catastrophe.’

UN chief Antonio Guterres said the talks had ‘taken an important step towards justice’ with the loss and damage fund, however ‘our planet is still in the emergency room’.

He said: ‘We need to drastically reduce emissions now and this is an issue this COP did not address.’

Prime Minister Rishi Sunak is in agreement, warning that ‘more must be done’ and that ‘there can be no time for complacency’.

‘Keeping the 1.5 degrees commitment alive is vital to the future of our planet,’ he added in a statement.

However, there were also positive words towards the agreement made on the loss and damage fund.

‘We have struggled for 30 years on this path, and today in Sharm el-Sheikh this journey has achieved its first positive milestone,’ she told the summit.

Tired delegates applauded when the fund was adopted as the sun came up on Sunday following almost two extra days of round-the-clock negotiations.

It marked the end of two weeks of talks in Sharm el-Sheikh, Egypt, and a closing statement covered the commitments attending nations had made.

This held the line on the aspirational goal of limiting global warming to 2.7°F (1.5°C) from pre-industrial levels.

The 2.7°F (1.5°C) target comes from the Paris Agreement, the global treaty on climate change negotiated in 2015.

That is the level where low-lying islands believe their survival will be threatened.

However, the world is currently way off track and heading for around 4.5°F (2.5°C) warming under current commitments and plans.

We have seen around 2.2°F (1.2°C) of warming so far, which has resulted in extreme weather events around the world, like the recent catastrophic flooding in Pakistan.

Previous newsIndonesia earthquake: At least 162 people killed after 5.6 magnitude quake in West Java
Next news How phthalates accelerate the growth of uterine fibroids