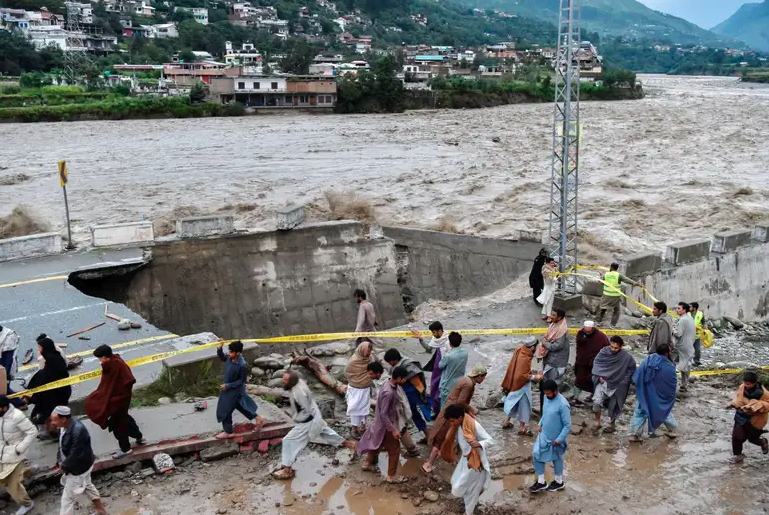 Eight weeks of torrential rain during a severe monsoon season have left a third of Pakistan underwater, in the worst flooding since 2010

Devastating floods that have killed more than 1000 people in Pakistan are a “climate catastrophe” requiring a strong international response, according to the secretary general of the United Nations, António Guterres.

“Pakistan is awash in suffering,” said Guterres in a video statement. “The Pakistani people are facing a monsoon on steroids – the relentless impact of epochal levels of rain and flooding.” The UN today launched a flash appeal to raise funds to support those affected.

Eight weeks of torrential rain during a severe monsoon season have left a third of Pakistan underwater in the country’s worst flooding since 2010. In some areas, unprecedented water flows have been estimated by the Global Flood Awareness System, a European satellite monitoring scheme, with the most extreme destruction taking place in the south of the country.

Bed frames and helicopters have been used to rescue people during the floods, which have affected more than 33 million people. Government ministers have claimed the disaster will have an economic cost of more than $10 billion.

Pakistan’s climate minister Sherry Rehman said on Twitter that one small town, Padidan, had received more than 1700 millimetres of rain in one day. In an interview with Sky News, she said rescue helicopters were having trouble finding dry land in the south. Rehman called the event a “huge humanitarian disaster” and “quite apocalyptic”.

Pakistan has long been considered one of the most vulnerable countries in the world to the impacts of climate change, due to its geography and levels of poverty there. Earlier this year, the country, along with India, was hit by a prolonged and brutal heatwave. Jacobabad, one of the world’s hottest cities, reached a record high of 51°C. A study has since found that climate change made the heatwave at least 30 times more likely.

In his address today, Guterres said it was outrageous that action to reduce greenhouse gas emissions was being put on the back burner. “Let’s stop sleepwalking towards the destruction of our planet by climate change. Today, it’s Pakistan. Tomorrow, it could be your country,” he said.

Rehman told the AFP news agency yesterday it was time for big emitters – a reference to countries including China, the US, India and members of the European Union – to review their climate policies. The human and economic cost of the Pakistan floods is likely to provide fresh impetus at UN climate talks on the issue of “loss and damage”, with lower-income countries calling for some form of reparations from large historical emitters for the impacts of climate change .

The subject is on the provisional agenda of the high-profile COP27 climate summit in Egypt this November, but it may yet get struck off. So far, richer nations have only agreed to further formal discussions on loss and damage.

The high number of deaths during the Pakistan floods suggests early warning systems are still failing to reach enough people, according to Liz Stephens at the University of Reading, UK. “Questions need to be asked about why these floods are having a similar impact to those in 2010, when nearly 2000 people died,” she said in a statement.

While Pakistan is experiencing deadly floods, neighbouring China has been affected in recent weeks by a severe drought that has disrupted energy supplies and forced factories to close.