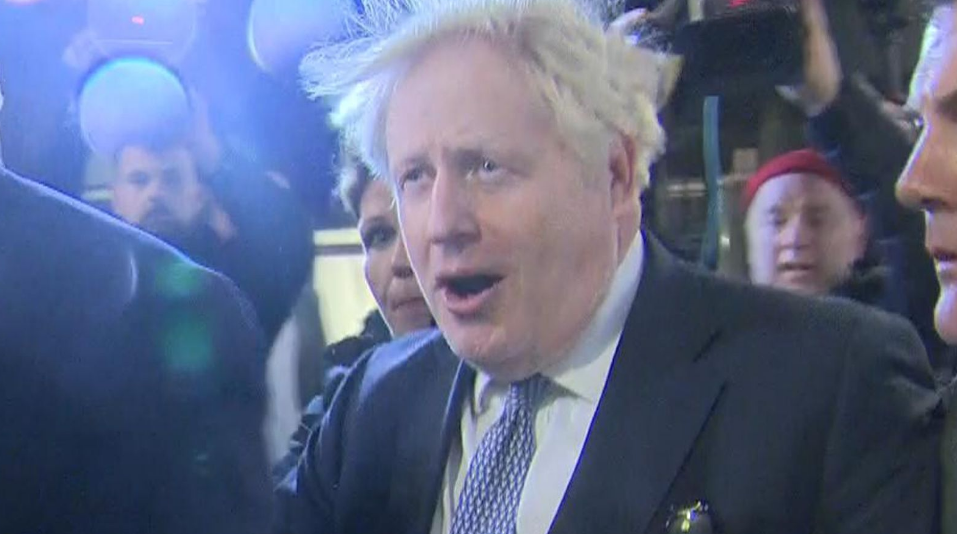 The former prime minister is facing an investigation into whether he misled MPs when he told the Commons he believed he was following the rules in Number 10 during lockdown.

Boris Johnson joked he was at “the most unsocially distanced party in the UK” while attending an alcohol-fuelled Number 10 gathering during COVID lockdown, it has been claimed.

His spokesman did not deny the comment but said the then-prime minister had “worked constantly” to ensure the government did all it could to save lives and protect livelihoods during the pandemic.

ITV News reported the comments were made at a leaving party for communications director Lee Cain in November 2020, where a table was laden with alcohol and party snacks.

At the time, England was in its second national lockdown, with indoor gatherings banned except for “work purposes” and social-distancing rules imposed on workplaces.

Mr Johnson will be under increased pressure now as a parliamentary investigation continues over whether he misled MPS about the “partygate” scandal.

Senior official Sue Gray, who led a report into the matter, said she was told the event was not pre-planned but occurred when “wine time Friday” events in Number 10 routinely took place.

A source who said they were in Downing Street at the time told the ITV podcast, Partygate: “I was working late – some music came on, the mumbling sort of rose, and there were loads of people stood around, but this time I came out because I heard the prime minister speaking and that’s when I heard the quote: ‘This is the most unsocially distanced party in the UK right now’ and everyone was laughing about it.”

As part of the police investigation into partygate, Mr Johnson was fined for attending his own birthday party in the Cabinet Room in Downing Street in June 2020 – but not for the leaving do a month earlier.

He is set to appear before the Commons Privileges Committee over comments he made to the Commons about partygate, when he insisted he believed rules were followed in Number 10.

A spokesman for Mr Johnson said: “During the COVID-19 pandemic Boris Johnson led our country through its most dangerous peacetime crisis in living memory.

“As prime minister during a 24/7 national emergency he worked constantly to ensure the government did everything possible in its power to save lives and protect livelihoods.

“Mr Johnson pays heartfelt tribute to the heroic frontline workers who battled the pandemic, many of whom lost their lives.

“Their service to our country will always be remembered.

“He is also incredibly grateful for the efforts of hard-working staff who were working in central government – the vast majority of them civil servants – who helped co-ordinate the UK’s national response from 10 Downing Street, across Whitehall and throughout the wider UK government.

“Their work was crucial as they helped marshal the UK Government’s response during a national emergency.”

“He laughed and partied while the rest of the country suffered,” she said.

Ms Chamberlain said Rishi Sunak needs “to give evidence under oath” to the partygate inquiry about what he knows.

The ITV podcast also reports whistleblowers told them staff “corroborated their stories” before filling out Metropolitan Police questionnaires about the gatherings.

And it claims only half of the parties that took place were investigated by Ms Gray.