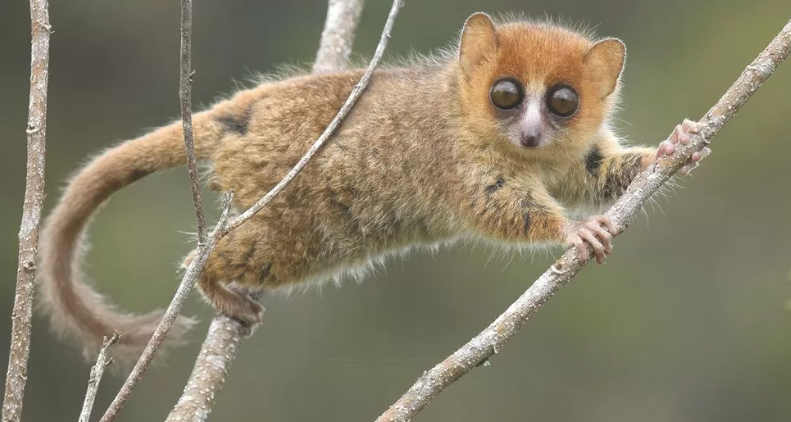 One of the world’s remaining biodiversity hotspots will take millions of years to recover from extinctions, scientists predict.

have already been lost on Madagascar.

The researchers are calling for urgent conservation action to prevent another wave of extinctions.

The island is known for its unique fauna and flora.

It is home to wildlife such as ring-tailed lemurs, the long-tailed cat, the fossa, spiny hedgehog-like mammals called tenrecs and nocturnal primates known as aye-ayes.

The researchers used computer modelling to predict how long it would take for new species to evolve naturally to replace those lost – something known as the evolutionary return time.

The figure exceeded 3 million years for lost and recently extinct mammals. But if all currently threatened mammals were also to go extinct, that number would rise to more than 20 million years, suggesting an even more severe impact on biodiversity could be imminent.

“It will take millions of years to recover from what is lost today,” said study researcher, Dr Luis Valente of the Naturalis Biodiversity Center and the University of Groningen in the Netherlands.

“But we can look at it another way: We can still protect millions of years of evolutionary history. It’s possible to do this on Madagascar if we have protected areas there and help local people improve their livelihoods.”

The scientists call for a number of measures, including:

Reducing the loss of remaining intact forests
Socio-economic improvements for local people
Ensuring hardwoods and bush meat are sustainably harvested
The southern part of Madagascar is in the grip of drought, with deforestation turning parts of the country into a dustbowl.