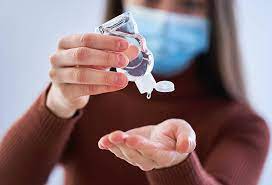 People who are at risk using these hand sanitizers include children and people with dementia. Moreover, those who ingest hand sanitizer as alcohol are also at great risk.

More to Know About Methanol

Methanol, commonly known as wood alcohol or methyl alcohol primarily comes from natural gas or coal. Renewable resources like landfill gas or digester gas also emanate methanol. It is also present in our body in a small amount from eating fruits and vegetables and drinking diet soda containing artificial sweeteners. Although FDA rules out its toxicity if ingested below 500 milligrams per day. Methanol is metabolized in the liver. It converts into formaldehyde and then to formate. The formate is essential for survival as a building block. Moreover, methanol is an essential chemical building block. However, Methanol can cause poisoning, systemic acidosis, optic nerve damage, and affect the central nervous system (CNS) by using on a regular basis like using hand sanitizer containing methanol.

Yes, Methanol is a hazardous chemical. It is highly flammable and toxic. The handling of methanol requires proper training. Furthermore, it should be stored with much precaution. If it is swallowed or inhaled directly, it can harm your body. Ingestion of methanol(1-4ounce) can cause irreversible injury to the nervous system and can cause night blindness, or even death. Acute ethanol exposure may include headache, weakness, drowsiness, nausea, difficult breathing, drunkenness, eye irritation, blurred vision, loss of consciousness, and possibly death. Patients may improve and then get worse again up to 30 hours later.

How to Minimize the Exposure to Methanol?

We must receive proper training and guidance on handling methanol. Therefore the presence of methanol in hand sanitizer more than the permitted limit can be harmful. We must avoid repeated breathing of methanol vapors. Furthermore, proper ventilation should be there in working conditions. Types of ventilation depend upon dead air spaces, temperature, convection currents, and wind direction. Spark proof fans are a must in case of mechanical ventilation. We must wear side-shielded safety spectacles and gloves while handling methanol.