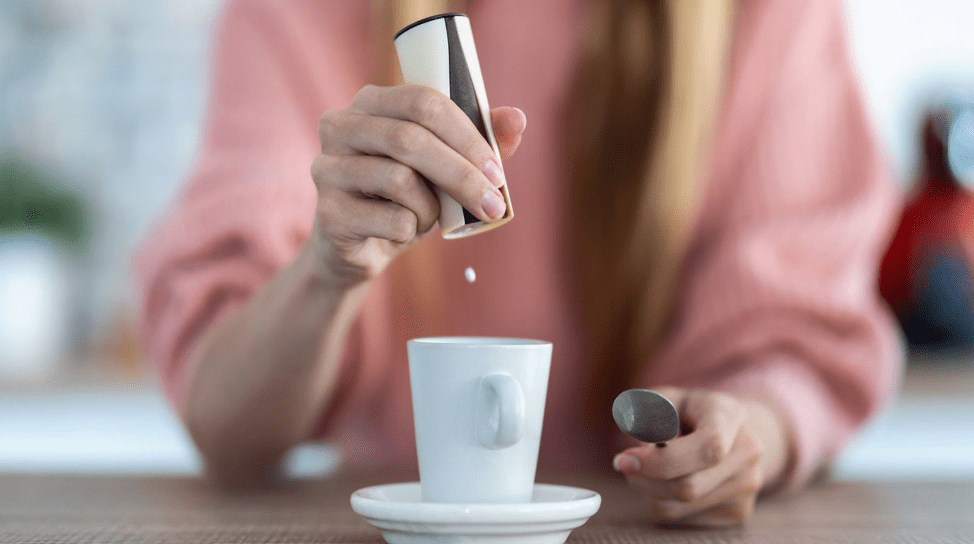 Researchers in Paris examined participants’ intake of sweeteners from all dietary sources including drinks, table top sweeteners, and dairy products.

Artificial sweeteners “should not be considered a safe alternative to sugar” after academics found their consumption was linked to a 9% higher risk of heart disease.

Researchers from Sorbonne Paris Nord University in France also found artificial sweetener consumption was linked to a nearly 20% higher risk of conditions which affect blood flow to the brain.

The study examined participants’ intake of sweeteners from all dietary sources including drinks, table top sweeteners, and dairy products, before comparing it to their risk of heart or circulatory diseases.

Researchers used more than 100,000 adults from France for the study which was published in the British Medical Journal.

Participants had an average age of 42 and four out of five were female.

Participants noted everything they ate, including which brand was used, for 24 hours, with the diet diary repeated three times at six month intervals – twice on week days and once on a weekend day.

Some 37% of participants consumed artificial sweeteners.

During an average follow-up period of nine years, 1,502 cardiovascular events were recorded by participants.

Researchers found that artificial sweetener consumption was linked to a 9% higher risk of heart disease.

And when they looked specifically at each type of illness they found artificial sweetener consumption was linked to an 18% higher risk of cerebrovascular disease – conditions which affect the blood flow to the brain.

A specific type of sweetener – aspartame – was associated with a 17% increased risk of cerebrovascular events, while acesulfame potassium and sucralose were associated with increased coronary heart disease risk.

“The results suggest that artificial sweeteners might represent a modifiable risk factor for cardiovascular disease prevention.

“The findings indicate that these food additives, consumed daily by millions of people and present in thousands of foods and beverages, should not be considered a healthy and safe alternative to sugar, in line with the current position of several health agencies.”