Apple releases iOS 16 update to fix iPhone 14 Pro glitch that caused the camera to physically SHAKE when capturing photos or videos in TikTok, Snapchat or Instagram – as well as an irritating copy-paste bug 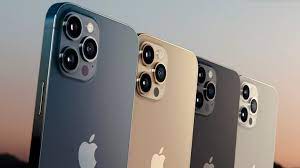 Apple has released an iOS 16 software update that fixes the camera-shaking glitch reported by some users of the new iPhone 14 Pro and iPhone 14 Pro Max.

Affected users claimed that the rear camera’s main lens physically vibrated and rattled when they were taking photos or videos in some third-party apps including Snapchat, TikTok and Instagram.

While the cause is still unclear, the iOS 16.0.2 update claims to fix the issue and a number of other bugs that have become apparent since iOS 16 was released two weeks ago.

This includes a persistent pop-up that appears if an app wants to paste text or images from another app, asking for the user’s permission.

The update should automatically be made available to all those with an Apple device that is capable of running iOS 16, and can be installed through the Settings app.

On Monday, renowned tech reporter Mark Gurman told Bloomberg that Apple was working on the fix and that it would be released at some point next week, however it has come earlier than expected.

The shaking camera glitch did not appear to affect the iPhone’s built-in Camera app, but many concerned users took to Reddit and Twitter to describe their experiences.

‘So I’ve been experiencing my camera shaking uncontrollably whenever I open Snapchat or use the camera for Instagram,’ wrote one Reddit user.

‘However, I don’t run into any issues when I use the regular camera app.’

Another wrote: ‘Picked up my new iPhone 14 pro yesterday and intermittently get ois camera shake (by shake I mean can see and hear it shaking) in Snapchat, anyone else experience this?’

‘My iPhone 14 Pro just arrived and when I opened Snapchat, the camera was shaking a lot and made a pretty strange mechanical noise,’ another wrote.

A handful of videos showing the problem were shared to social media, including this one from YouTuber Luke Miani and another by TikTok user Damian Munoz.

The videos showed the user opening up the camera function within a third-party app on the iPhone 14 Pro and seeing a blurry image on the display, as the main lens on the device vibrated uncontrollably and made a rattling noise.

Miani said the incident resulted in the lens on his iPhone being unable to focus properly in subsequent usage, even in the iPhone’s default Camera app. He took the device to an Apple Store and was able to exchange it for a new one.

Some users have suggested it may have been due to a software bug affecting the device’s optical image stabilisation.

As well as the camera problem, the update fixes a bugs that led to repeated copy- paste popups, and the display to appear black during setup.

The popups were added as a privacy feature, as apps must now ask for permission before accessing the clipboard, which may contain sensitive data.

However, it has irritated users as it reportedly appeared whenever they tried to paste something into an app.

It also resolves an issue that caused some iPhone X, iPhone XR, and ‌iPhone‌ 11 models with serviced or replaced displays to become unresponsive after i‌nstalling iOS 16‌.

The patch notes for the update read: ‘This update provides bug fixes and important security updates for your iPhone including the following:

‘Camera may vibrate and cause blurry photos when shooting with some third-party apps on iPhone 14 Pro and iPhone 14 Pro Max
‘Display may appear completely black during device setup
‘Copy and paste between apps may cause a permission prompt to appear more than expected
‘VoiceOver may be unavailable after rebooting
‘Addresses an issue where touch input was unresponsive on some iPhone X, iPhone XR, and iPhone 11 displays after being serviced’
Apple is currently beta testing iOS 16.1 with developers and public beta testers, which, among other features, will introduce ‘Clean Energy Charging’.

This will optimise iPhone charging times for when the grid is using cleaner energy sources, and is intended to decrease the device’s carbon footprint.company.

It will only be available to users in the US initially, but could roll out elsewhere at a later date.

Apple CEO Tim Cook announced four variations of the iPhone 14 at the company’s ‘Far Out’ launch event on September 7.

The new models boast an array of flashy features, including improved camera technology, ‘Always On’ display and satellite connectivity (currently available in the US only).

The pro models are more expensive, largely because they have more advanced cameras and a sophisticated pill-shaped notch at the top of the screen, called ‘Dynamic Island’.

Previous newsTyphoon Noru: Five rescuers dead as typhoon hits Philippines
Next news Forget being right or left-handed! Octopuses have a favourite ARM they use to grab prey, study finds