Age-related memory loss: Can we prevent or even reverse it? 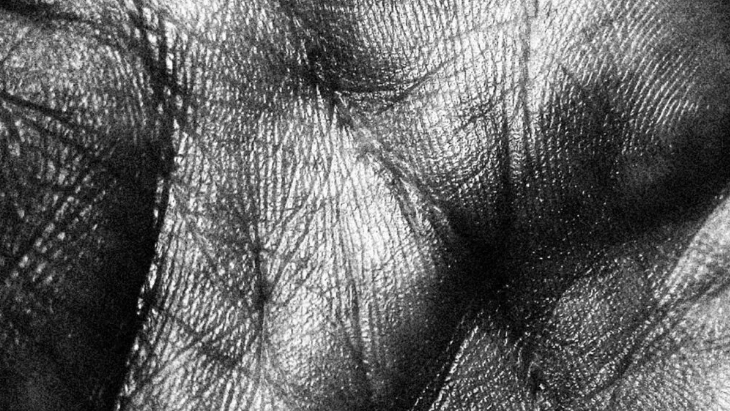 Some mild forgetfulness is a normal part of aging. But when does this occasional absentmindedness become something we should be concerned about? And are there measures we can take to minimize or even prevent those episodes?

We all forget things sometimes. Who among us has not mislaid their keys or phone, or struggled to locate their car in a car park?

As we age, our brains change, and these memory lapses seem to become more frequent. But is memory loss a normal part of aging?

According to the National Institute on AgingTrusted Source (NIA), many older adults worry about their memory, but taking longer to learn new skills and occasionally forgetting details are usually not serious age-related memory problems.

And although normal brain aging may mean slower processing speeds and more trouble multitasking, the Centers for Disease Control and Prevention (CDC) adviseTrusted Source that routine memory, skills, and knowledge are stable and may even improve with age.

According to the Alzheimer’s Society, normal aging leads to most of the following, which people usually start to notice from their 40s or 50s:

becoming a little more forgetful
taking a bit longer to remember things
getting distracted more easily
finding it harder to do several things at once.
Although this may be frustrating, for most people, it is a natural part of aging, and it is not a sign of dementia.

However, around 40%Trusted Source of people aged 65 and over do have some age-associated memory impairment. But of these, only 1% will progress to develop a form of dementia.

“It’s not normal to develop cognitive issues and short-term memory loss as we get older. As everyone knows, lots of elderly people do not develop this problem,” she said.

And Dr. Miriam Weber, clinical neuropsychologist and associate professor of neurology at the University of Rochester Medical Center, agreed:

“Many cognitive functions change across the entire lifespan, not just in older adulthood. Memory — learning new information and holding on to that information over time — may decline slightly beginning when one is in their 60s (usually later 60s), with perhaps more notable declines in the 70s and 80s.”

“However, this is based on group averages, and not everyone experiences this decline. There are also groups of people — sometimes called “super agers” — who are in their 80s or older, who show cognitive performance comparable to middle-aged adults,” she added.

Those more frequent memory lapses as we age are not necessarily a sign of any cognitive impairment, added Dr. MacSweeney.

“When we are more relaxed and not rising to challenges at work every day, we may not concentrate with the same level of focus and effort, and therefore not be so energetic about remembering details of events and conversations,” she explained.

“Also, as people develop problems with hearing and eyesight they may actually miss items of conversation and ‘appear’ not to have remembered,” Dr. MacSweeney continued.

Hearing problems may not just cause people to appear not to have remembered — a new studyTrusted Source suggests that treating hearing loss with hearing aids might reduce the risk of developing dementia by up to 19%. This study adds to the growing evidence of a link between hearing loss and cognitive impairment.

When to seek help

Problems with memory can occur at any age, especially with brain fog from [COVID-19] and for lots of other reasons. However, new onset of short-term memory loss after the age of 65 should certainly raise the possibility of the early stages of mild cognitive impairment [MCI] due to Alzheimer’s disease.”

In some people, MCI is caused by a hormonal imbalance or nutrient deficiency, so once this is resolved, the MCI can be reversed.

In others, it may be the first sign of dementia. People with MCI have mild memory and thinking problems, but can usually take care of themselves and carry out normal daily activities.

Symptoms of MCI may include:

forgetting about appointments or social events
misplacing household items, such as car keys, clothing, or other objects
having greater difficulty finding the right words than peers of the same age
having trouble remembering events, instructions, or conversations.

Although MCI may develop into dementia, for many the condition does not progress further.

However, if the symptoms persist, or start to impact daily functioning, this may mean that the person is developing dementia. In this case, they must seek medical help and diagnosis.

“Normal age-related declines might include occasionally having trouble finding a word mid-conversation — that may come to you later — occasionally misplacing objects, occasionally repeating yourself in conversation, occasionally missing a monthly payment. In dementia, these things happen much more frequently and are more consequential, and the cognitive difficulties interfere with one’s function.”

Dr. MacSweeney emphasized that “[t]esting is essential, as there are lots of reversible causes of short-term memory loss, too, and it’s important to get a diagnosis.”

“If due to a reversible problem, this needs to be corrected, as quickly as possible, and if due to the early stages of [Alzheimer’s disease] or another neurodegenerative disease, it’s important to seek help, as early as possible,” she advised.

A healthy diet and lifestyle

Keeping physically healthy can help protect against memory loss and dementia. The NIATrusted Source recommends regular aerobic exercise, and a healthy diet with plenty of fresh fruit and vegetables.

In addition, getting the right amount of sleep, socializing, minimizing stress, and keeping health conditions such as high blood pressure and diabetes under control will help reduce the risk of cognitive decline.

“It has been shown that as a population we can reduce risk of cognitive impairment due to Alzheimer’s by adhering to healthy lifestyle habits including exercise, diet (Mediterranean diet high in fish oils) and keep[ing] sugar intake low — the brain hates sugar. High levels of mental and social activity. The brain needs to be exercised just like our bodies to stay in good condition. Avoid excess alcohol and smoking.”

The researchers found that although the higher levels of vitamin D were associated with up to 33% lower odds of dementia symptoms, they were not associated with any decrease in post-mortem dementia neuropathologyTrusted Source.

Therefore, they could not suggest a mechanism for the potentially protective effect of vitamin D, or show a causative link.

They advised that ensuring you get sufficient vitamin D from sunlight and from foods such as oily fish might be beneficial. However, they warned against taking high doses of the vitamin to try and prevent dementia, as this can cause other health problems.

“Engaging in cognitively stimulating activities is also beneficial. We also know that depression and anxiety can negatively impact cognition, so it is important to treat those conditions if present. Maintaining social connections, engaging in meaningful activities, and exercising also help mood, which in turn, can impact cognition. It is not only your body that benefits from exercise, keeping the brain exercised can help preserve your mental abilities well into older age.”

Although keeping active and engaged as you age may not prevent dementia, mentally stimulating activities, such as volunteering, reading, playing games, or learning new skills could help lower the riskTrusted Source.

Doing word games, such as crosswords, has long been advocated in the popular press as a means of keeping yourself sharp, but until recently, there has been little evidenceTrusted Source in peer-reviewed journals.

Now, a new study published in NEJM Evidence has demonstrated their efficacy in a small group of people with MCI.

The participants, who had an average age of 71, and some degree of mild cognitive impairment, did either intensive crossword puzzle training or intensive cognitive games training on a computer for 12 weeks. They continued with booster sessions to 78 weeks.

At 78 weeks, crossword puzzles had improved both a primary cognitive outcome measure (ADAS-Cog) and a measure of daily functioning more than cognitive games. More strikingly, brain shrinkage — measured using MRITrusted Source — was less in those who did the crossword training.

Can memory loss be reversed?

So, you can reduce your risk of memory issues, but once the memory starts to fail, can the problem be reversed?

There is some evidence that it may be possible. In a mouse study,Trusted Source researchers managed to reverse memory loss using chondroitin-6-sulphate, a substance that has also been shown to increase lifespan in the nematode worm Caenorhabditis elegans. It might have similar effects in people, but has yet to be tested.

In a more recent studyTrusted Source, researchers improved memory function in adults aged between 65 and 88 years using electrical stimulation via a wearable cap.

The researchers found that giving 20 minutes of electrical stimulation on 4 consecutive days led to an improvement in both working memoryTrusted Source and long-term memory for at least 1 month. They could focus the stimulation to affect different types of memory.

However, the improvement was only tested over one month, so the researchers call for further investigation into whether similar treatments might have a long-term benefit.

As we age, many of us will find we experience more frequent memory lapses, but unless these start to interfere with daily functioning, they are unlikely to be a sign of impending dementia.

To minimize the occurrence of memory issues, the advice is to keep active, eat well, look after your health, and stay engaged in lots of social and stimulating activities. And remember, like any part of the body, the brain will function better if it is exercised.

So keep up the daily word puzzle, and for even greater benefit tackle it with a friend. It could well be doing you more good than you realize.